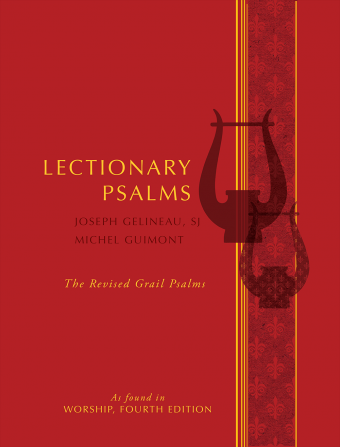 The Revised Grail Psalms as found in Worship, Fourth Edition

This new and versatile edition of Lectionary Psalms includes both Gelineau and Guimont psalm tones, offering increased variety in proclaiming the psalm for each Sunday, feast, and solemnity throughout the liturgical cycle. The ICEL refrains are set by some of the most important composers in liturgical music, including Richard Proulx, Robert Batastini, Fr. Ronald Krisman, Br. Howard Hughes, and more. Each antiphon was selected for its ability to evoke the spontaneous singing of the assembly. As with the Guimont Lectionary Psalms, this edition uses the Revised Grail Psalms—designated to be the official English-language Psalter used in future Roman Catholic liturgical books—throughout.