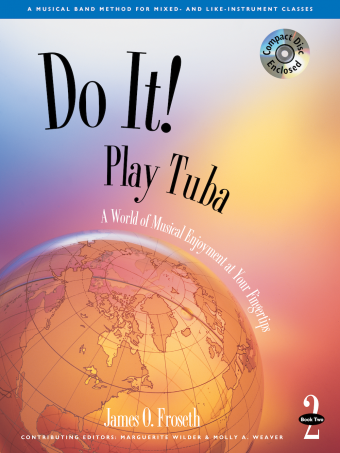 The Tuba book and CD from the Do It! Play in Band series by James O. Froseth includes:

• Music of other times, including 12th-century conductus, 15th-century Dance of the Bouffons, 16th-century French branle, 18th- and 19th-century folk songs and dances, 1940s and '50s jazz, blues, and rock-and-roll.

• The repertoire and recorded contexts are motivating, informative, and entirely musical.

• A unique Rhythmic Pattern Dictionary allows students to “look it up” and “listen up".

• An individualized format allows students to progress at different rates with a “theme and variation” format.

• Ear training and improvisation are integral parts of the lesson format.

• Artist performers set musical standards in sound with more than 80 great performances on CD for every instrument, and one CD lasts for the entire book! 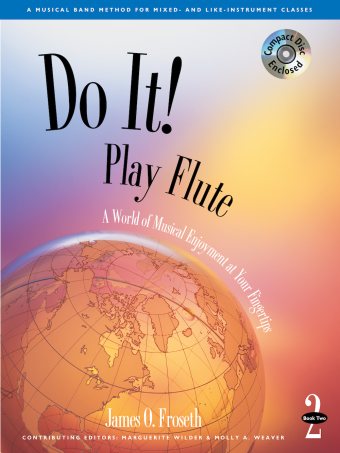 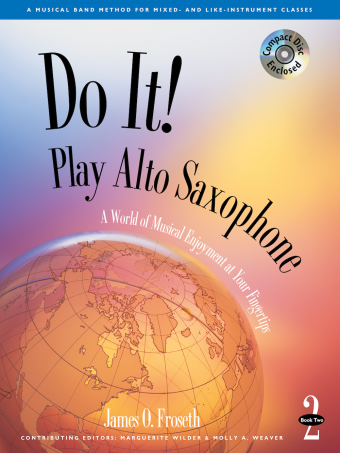