The Evoking Sound Choral Series presents high quality editions for accomplished choirs and includes both sacred and secular choral music. The series represents new editions of standard repertoire as well as newly composed pieces. Each piece is edited by Dr. Jordan with singers in mind and includes performance practice suggestions. It is our goal that the Evoking Sound Choral Series will not only provide excellent choral literature for church and performance use, but also provide accessible literature to choirs that will help to enhance their vocal technique. 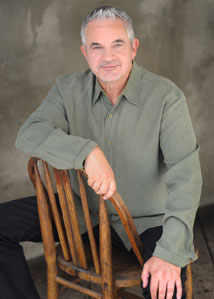 James Jordan is considered to be one of the most influential choral conductors and educators in America. His more than 25 books covering rehearsal and teaching pedagogy, conducting technique, and the spirituality of musicing, as well as numerous DVDs and recordings, have brought about far-reaching pedagogical and philosophical changes not only in choral music but also in the worlds of orchestral conducting, wind conducting, piano, and music education. The Choral Journal has described his writings as "visionary."

Salvator mundi
by Thomas LaVoy
This piece should be sung in largely the same way that the painting appears on the canvas: subdued and reverent. The dynamic contrasts in measures 22–28 represent a very human supplication to Christ, but they should not be overstated or dramatic in any way. Such is the case with the entire work;...

Lux aeterna
by Thomas LaVoy
In 2013 I had the great honor of receiving a major commission from the Marquette Symphony Orchestra to compose a 45-minute work dedicated to the victims of the Italian Hall disaster. On Christmas Eve of 1913 in Calumet, Michigan, a man shouted "Fire!" in the crowded Italian Hall...

Newtown Psalm
by John F. Hudson
Combining four texts that cover a range of emotion, "Newtown Psalm" expresses the unsettled feeling that we, the living, experience when we think of the young lives that were cut short. Melodic and rhythmic dissonances portray that appalling day in stages of...