Tom T. Shelton, Jr. is a native of Greensboro, N.C. and a graduate of the University of North Carolina at Greensboro with both a Bachelor of Music Education Degree and Master of Music in Choral Conducting. He teaches in the Sacred Music Department at Westminster Choir College in Princeton, NJ. This position has a focus on Children's and Youth Music. 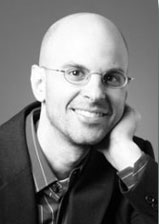 (b. 1969) is co-chair of the Performing Arts Department at Brooklyn Friends School, where he currently teaches music and drama. His work has been commissioned by a variety of choirs and institutions of higher learning, including the Stillwater Boys Choir, the Westminster Chapel Choir, and Lehigh University. He is a visiting teaching artist with the International Schools Theater Association, the former director of youth music at the First Unitarian Church in Brooklyn, and is a sought after, award-winning conductor and pianist. Neil received his bachelor's degree from the Hartt School of Music in Connecticut, a Master of Arts from Brooklyn College, and a Graduate Certificate in Composition from the University of Southern California, where he received the BMI award for excellence in film composition. 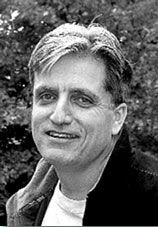 is currently the Music Director of the Children's Aid Society Chorus program in New York City where he is the administrator of eighteen choruses (K-12), and director of five. Peter's two select choirs have recently performed in Carnegie Hall with Mandy Patinkin, Jazz at Lincoln Center, and Radio City Music Hall. He has been commissioned to write choral compositions by the Briarcliff Congregational Church, The Children's Aid Society in New York City, and by the Great Neck North High School Jazz Choir. Peter received his Bachelor of Music degree in Vocal Performance from the Hartt School of Music in Connecticut, and his Master of Music degree in Music Education from Lehman College, City University of New York. As an actor-singer, he has appeared in musicals in a variety of venues. Peter studies composition with Roger Ames.

Two African Pieces
"Mangwani mpulele" is a Sotho folk song of the Bantu people in South Africa, Lesotho, and Botswana...

Agnus Dei
"Agnus Dei" is a standard Latin text from the Mass, and is part of the Ordinary (the five or six sections of the Mass that remain the same from day to day). With the repetition of the first line of text, the heartfelt prayer of petition and yearning is in three parts...

Beyond Borders
"Beyond Borders" was written for the "Amani Invitational Children's Choir Festival" sponsored by the Central Carolina Children's Chorus (Winston-Salem, NC - Anne Saxon, Artistic Director). The purpose of the festival was to raise awareness of abandoned orphans in Kenya due to HIV/AIDS and poverty, as supported and served by the Amani Children's Foundation, also based in Winston-Salem...

Hava Nashira
A simple Hebrew canon (Let us sing a song of praise. Halleluia) arranged as a catch rather than a round, i.e., each section sings only one phrase of the tune. To conclude sections I & III are sung together, then I, II & III. A rhythmic keyboard accompaniment supports the voices. Useful for interfaith services...
Read More

Elijah Rock
A traditional spiritual with a fresh approach. A jazz inflected accompaniment sustains the voices and provides rhythmic movement. Certain melodic rhythms offer a departure from the familiar form of this tune, and cadences resolve in new ways...
Read More

Oh, Susanna
In response to popular demand, GIA has embarked on a new collection of choral music as a part of the acclaimed Evoking Sound Choral Series–called Music for Young Voices. The pieces to be published in this collection will focus on appropriate literature for middle school and elementary age singers...
Read More

By the Waters of Babylon
In response to popular demand, GIA has embarked on a new collection of choral music as a part of the acclaimed Evoking Sound Choral Series–called Music for Young Voices. The pieces to be published in this collection will focus on appropriate literature for middle school and elementary age singers...
Read More